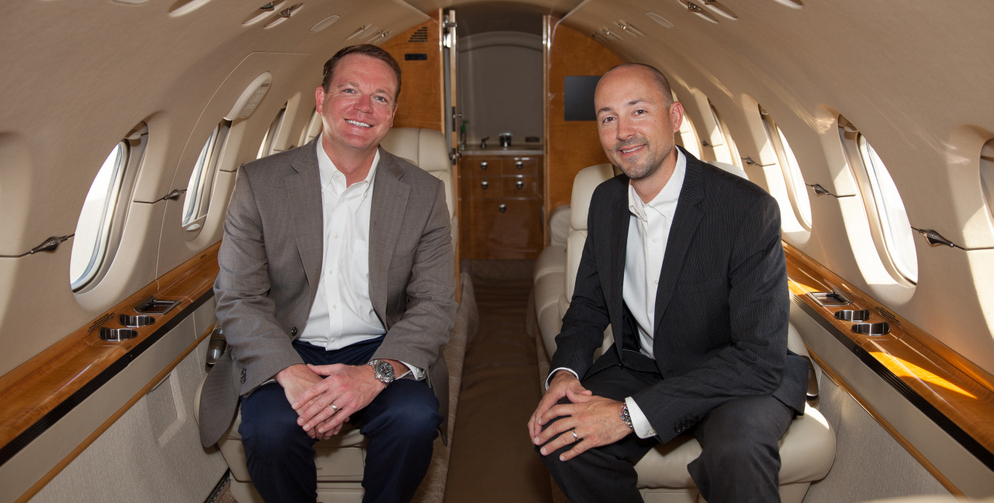 Whether considering your first aircraft or a seasoned aircraft owner, JetStar is your one source for professional and personalized attention during the sale or acquisition of your corporate aircraft.  Our company provides first class marketing services for corporate aircraft owners and also the means to locate the finest aircraft available worldwide through our acquisition program.  JetStar is an aircraft sales company, that is our passion and our focus. We are not influenced by any specific manufacturer or outside management companies, here at JetStar you will get personalized and unbiased guidance to the correct aircraft for you and your company.

Peter Sudekum, a St. Louis native, has been involved in aviation since his first flight lesson at the age of thirteen. After working every airport job through high school,  soloing on his sixteenth birthday and receiving his Private License on his seventeenth birthday, Peter then earned all fixed wing ratings including the Airline Transport Pilot (ATP).  While attaining flight ratings, he studied at St. Louis University and received a degree in Finance. He is an active pilot and has flown and sold many different types of general aviation aircraft from the P-51 Mustang through corporate jets.  Peter is a former airline and corporate aircraft captain, and now focuses on the purchase and sale of a wide variety of corporate aircraft.  He also is the owner of St. Louis Aircraft Sales and is active in the  general aviation community.  Married with three children, Peter resides in St. Louis, Missouri.

Justin Giessman has been involved in aviation since an early age.  Growing up around AVMATS, he learned aviation maintenance from the ground up.  A graduate from Parks College of St. Louis University with a Bachelor of Science Degree in Aviation Maintenance Management, Justin holds an A&P License and stays active in the aviation community.  He has served on the Board of Directors for the Greater St. Louis Business Aviation Association, is an avid supporter of Wings of Hope, and promotes aviation to teens through school tours and career days.    In 2015, Justin successfully spearheaded an effort to make Missouri a flyaway state.  Spending many hours educating legislators on the value of aviation, Justin was able to get a bill sponsored and eventually passed by the legislature.   Missouri became a flyaway state on August 28, 2015.   Justin sits on the board of a local bank, is the President of AVMATS,  a Past President of the St. Louis Rockets Hockey Association, and founded the 47 Fund and chairs the Youth Hockey Scholarship Committee.  He also volunteers as a coach and plays ice hockey.  Justin currently resides in St. Louis, Missouri with his wife and three children.